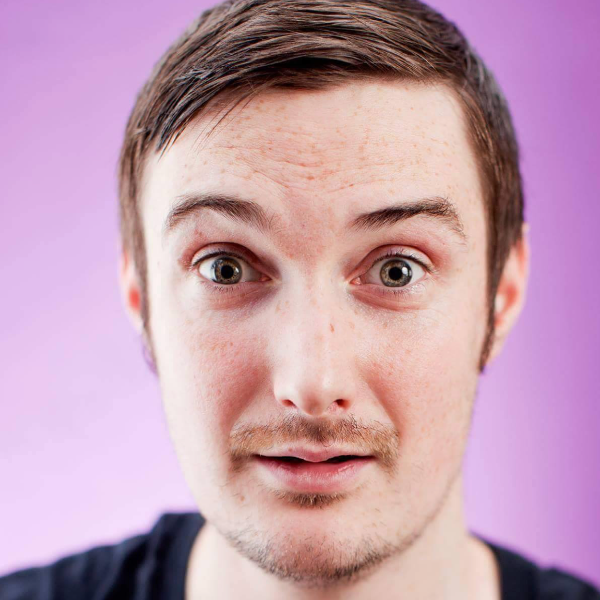 Sean was the first ever Irish comedian to perform on the Tonight Show with Jimmy Fallon. He quickly became known as one to watch being named New York City’s #1 Ranked Roast Comic.

Sean was hand selected from thousands for Comedy Central’s Up Next competition, a semi finalist in Florida’s Funniest Comedian & a semi finals of the nationwide talent search Stand Up NBC.

He has created a name for himself headlining at famous venues such as New York Comedy Club, The Comedy Cellar & Gotham Comedy Club.

We are extremely excited to have him in Key West for 3 shows only!

Your host Tom Dustin (Comedy Central) will start the night off showing why he was selected as the $25,000 winner of the Great Canadian Laugh-off. Tom is a nationally traveling headliner so our guests will get to see 2 headliner comedians each night.

Joining Sean & Tom on stage will be a variety of South Florida's best local comics.

Limited to 60 seats per show.

Don't forget to COME HUNGRY to the comedy club. No need to make dinner plans before or after the show. We now have a great tapas menu.

We ask that you please keep all conversations to a minimum during the show. It's a small room, and even whispering can be heard by the performers and people around you. If this seems like a no-brainer, it's because you are sober. After a drink or two, it sometimes seems less obvious!

After 21 years of growing up in Longford, Ireland, Sean Finnerty decided to move stateside where a series of mature decisions that he failed to make led him to stand-up comedy. Recently he was rewarded for his efforts as he became the first-ever Irish comedian to perform on the Tonight Show with Jimmy Fallon (2019). Spending his first number of years in comedy based out of Orlando, Sean was selected for Comedy Central’s Up Next competition (2013) and as a semi-finalist in Florida’s Funniest Comedian (2014) resulting in him opening for WWE hall of famer Mick Foley.

A breakout year in 2015 saw Sean make his television debut as co-host of Season 9 of Fireball Run on Amazon Prime as well as being to selected to perform at the Boston Comedy Festival.

In 2016 Sean moved to New York where he quickly became known as one to watch, performing at famous venues such as The Comedy Cellar, Gotham Comedy Club, Carolines on Broadway, The Stand and The Friars Club. Recently, he has also performed at several festivals including Laugh Your Asheville Off (2017) Edinburgh Fringe (2018) and Electric Picnic (2018), along with making it to the semi-finals of the nationwide talent search Stand Up NBC. A keen eye for detail Sean has also developed a reputation as a Roaster and is currently the number 1 ranked roast comic in New York City.